You are here: Home / Dangers of Cedar

The reason we choose not to sell Cedar saunas

Cedar has been traditionally used as a sauna wood because people like the smell/odor of cedar. That odor is composed of volatile oils called terpenes, two of which are cedrene and cedral.  Cedrene is an unsaturated, aliphatic cyclic hydrocarbon. Both are lung irritants and even used in insecticides.  There have been studies showing the toxicity of terpenes to insects, as well as hepatotoxicity (liver toxicity), and a study showing that people with chemical sensitivities cannot tolerate these oils.  If you are sensitive to perfumes and chemicals at all, you do not want a cedar sauna in your home.

Many people find the odor from Cedar quite pleasant and tolerable.  But our concern is that even those who are not initially sensitive to the smell of cedar can become sensitive to it when they are around it for huge amounts of time, such as when it is in their home.

Some companies claim they use ‘special’ cedar that has less or no odor.  If there were such a thing, we might consider selling saunas made from it. Like Poplar, Cedar can be quite attractive. 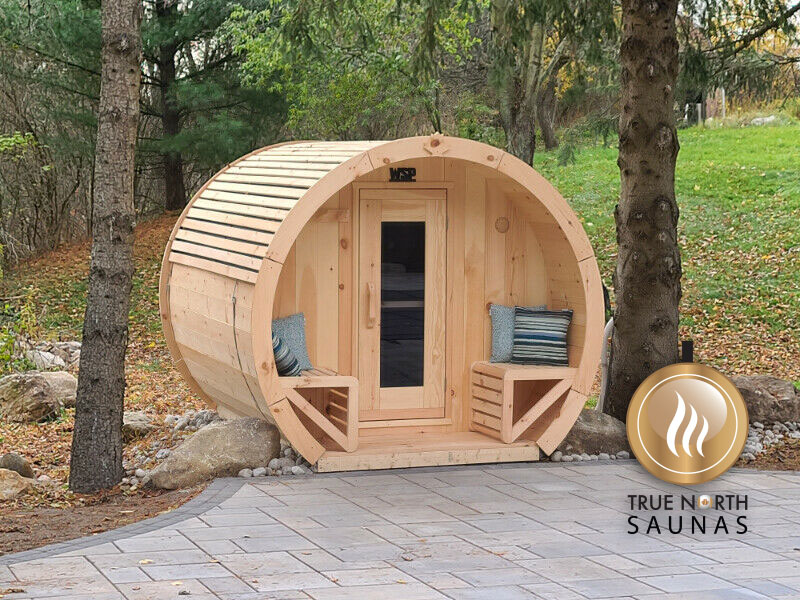 WITH PROPER SEASONED HARD WOOD YOU CAN EXPECT A 1 DEGREE PER HOUR INCREASE with the proper size stove. Example: To get the pool temperature from 77-82 degrees would require 5-6 hour fire.

Send Us A Message